Are Dental Implants Covered by Insurance? 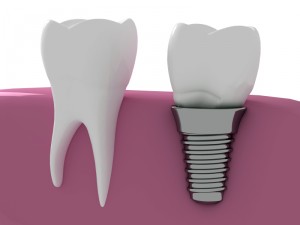 Dental implants are highly sought due to the high success rate and unmatched benefits. Unlike other forms of tooth replacement, implants offer a permanent solution that closely mimics natural teeth in terms of function and appearance. However, dental implants are costlier than other types of tooth replacement procedures. Many simply can’t afford implants if dental insurance doesn’t help cover the cost. But, does insurance cover the cost of implants? The answer isn’t so cut and dry. Depending on your insurance, some of the implant procedure may be covered, while some portions may not be covered at all. As implant experts, we have the answers to your questions about insurance and implants.

Does My Insurance Cover Dental Implants?

Dental insurance companies are more likely to cover more costs for preventative procedures when compared to reactive and cosmetic procedures. However, that doesn’t mean the cost of implants won’t be covered. With each implant costing anywhere from $2500 to $3500, we understand you will need the help of your insurance to pay for the procedure.

In order to determine if your insurance will cover the cost, you have to break the procedure down into separate stages. Very rarely will insurance cover the entire procedure as a whole, but insurance may cover a portion of each stage of the procedure. Essentially, the amount the insurance company will pay for each stage will depend on if the stage is considered to be Basic or Major.

Tooth extractions are often needed prior to placing implants, which many insurance companies consider to be a Basic procedure. As a result, roughly 60 to 80 percent of the cost of the extraction will be covered under the insurance policy.

Placing the implant into the bone is considered to be a Major dental procedure. Depending on your insurance plan, as much as 50 percent of the implant procedure may be covered, but most insurances don’t cover this portion.

Implants need custom or prefabricated abutments to attach the prosthetic tooth to the implant. Most insurance won’t cover the cost, but if your insurance includes Major services, they can cover as much as 50 percent.

Abutment crowns involve the prosthetic tooth that’s attached to restore the look and function of your smile. This is considered to be a Major service, which means insurance may pay up to 50 percent. However, most insurance won’t cover the cost. But, depending on your insurance, some may view the abutment crowns in the same way they view crowing natural teeth.

Comments Off on Are Dental Implants Covered by Insurance?

Sorry, the comment form is closed at this time.